The Three Peaks Bike Race is a free-route event between Vienna and Nice that takes in three of Europe’s most iconic passes every year. This year, the third year the race has run, the checkpoints were Großglockner Pass, Col du Sanech and Mont Ventoux and the podium was filled out by close friends of Apidura, Ulrich Bartholmos, Sofiane Sehili and Bjorn Lenhard. Here, we take a closer look at the tactics that helped them secure the top spots.

In long-distance, self-supported racing, tactics are generally pretty straightforward: carry only what you need, rest only as much as you need to and be ruthlessly efficient. All of the fastest racers embody all of these principles, but each tends to gravitate more towards one than the others. Nowhere has this been clearer than the podium of this year’s Three Peaks Bike Race, where Ulrich Bartholmos, Sofiane Sehili and Bjorn Lenhard each leaned on a different tactic to keep ahead of the pack.

Ulrich is a real gram counter. Everything on his bike is as lightweight as possible (his wheels are literally Lightweight!) and he carries only the essentials.

“My core concept is to ride ‘the lightest one’ – my bike is built entirely with carbon parts and without luggage weighs less than 6.9 kilograms. I love climbing so I don’t like to carry heavy things to the top of all those peaks!

Alongside travelling light, Ulrich is at home in the mountains and rides fast over even the most challenging climbs – over the first day of the race, he covered 425km at an average speed of 28.1kph despite also climbing over 5,400m.

“My idea was to ride a fast pace from the start and to be efficient on stops. During the race Sofiane and Bjorn showed the same ability – so no real gap was opening. For quite a long time we were chasing each other closely – so a nap, a puncture or anything else was able to change everything.” 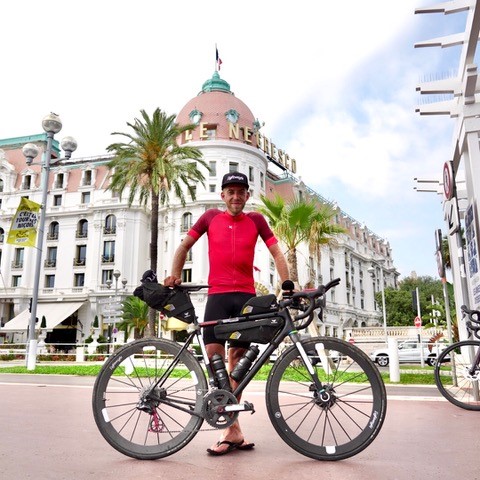 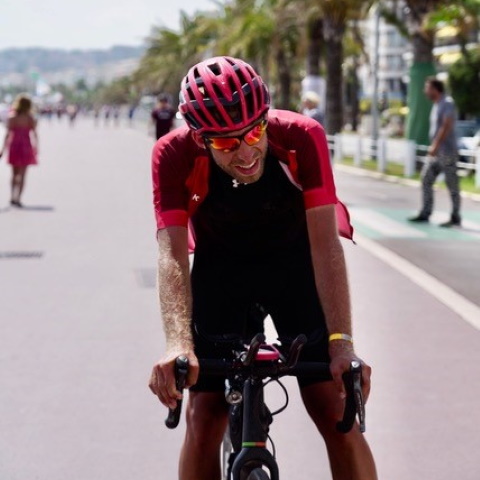 Travelling light is not without its drawbacks however, and Ulrich was frequently cold at night, particularly at altitude.

“One night when I was descending from the Oberalp to Andermatt in Switzerland it was freaking cold, I used all my clothes – including gloves. Then once I had made it down I was forced to hide in a bank wrapped in a rescue blanket to recover. Besides this moment, I did not miss anything.”

Building the fortitude to be able to ride through such conditions without more appropriate clothing takes a lot of work, but has clearly paid off for Ulrich.

Despite the challenges, traveling light paid off and Ulrich finished the ride in first place with an average moving speed of 24.3kph and just 13.5 hours of stopped time.

Sofiane has earned a reputation for barely sleeping during races and relentlessly pushing forward while others stop to recharge. It’s a high risk-strategy, but one he’s perfected in recent races.

“After 24 hours it became clear the race would last just over 4 days, so I opted for a similar sleep strategy to the Atlas Mountain Race. I know I can ride for that length of time with barely any sleep, but anything longer is a completely different game.”

The Three Peaks Bike Race comes just a few short weeks after the Hope 1,000, so it’s fair to say Sofiane came into the race with a quite a bit of fatigue, making his achievement all the more impressive. His relentless riding style saw him move up the field as Bjorn stopped to rest, eventually building up an unassailable lead to snatch second place.

“On race day I can’t say I was 100% but I was strong enough to stay close to Ulrich. But on day 3 he opened up a bigger gap and I knew there would be no catching him. To stay ahead of Bjorn, I knew I had to do what I do best, which is barely ever stop. I knew I couldn’t be as fast as him, so I simply had to stay on my bike for longer.” 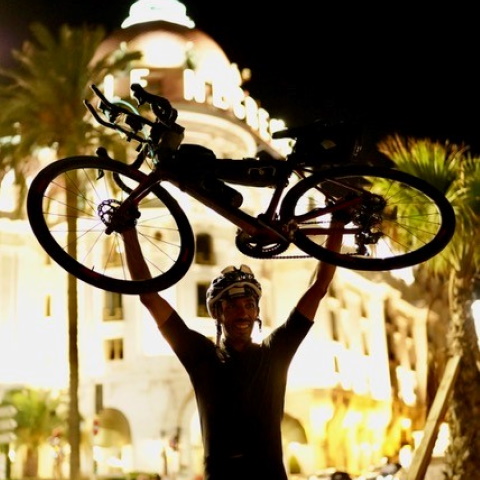 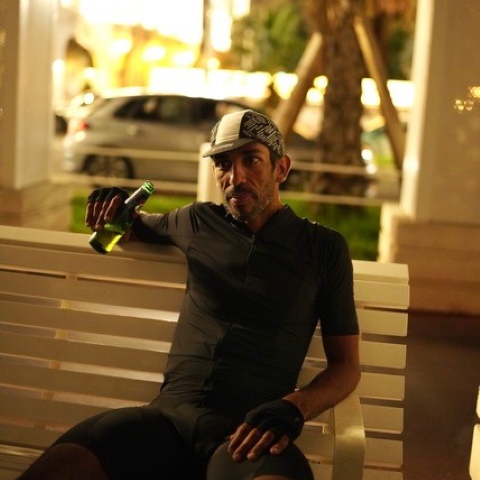 During the race, Sofiane told Dotwatcher “the pace has been fast: I’ve done 26.2kph but I expect that to drop spectacularly as soon as I get into Switzerland with all the climbs” and described Großglockner Pass as ‘terrible’. It’s fair to say he was suffering, particularly by the final parcours but his mental fortitude saw him through.

There’s absolutely no doubting that Sofiane is tough, but he’s also an entertaining dot to follow, frequently sharing videos as he rides and showing off his singing voice. For someone putting themselves through such hardship, he’s always infectiously good natured.

“Even though I take racing very seriously, I love to crack jokes and make people laugh. I mean, in the end, it’s just riding bikes, right?”

Bjorn has frequented the podiums at ultra-distance cycling events around the world for years now and is a very experienced and accomplished racer. His rigorous approach to planning and riding makes him a very efficient and very speedy adversary for the rest of the field – just try to keep up with him during a bottle refill stop!

Bjorn is a much quieter rider on social media and updates and reports are generally sparse, but you can be confident that he’ll be keeping his head down and making steady progress, no matter the conditions. While other riders complained of the ferocious heat, Bjorn was said to be enjoying the ‘nice temperatures’.

“I enjoyed the ride very much and the level of the competitors was way higher than in previous races. It was clear that the victory wasn’t just going to be given away!” 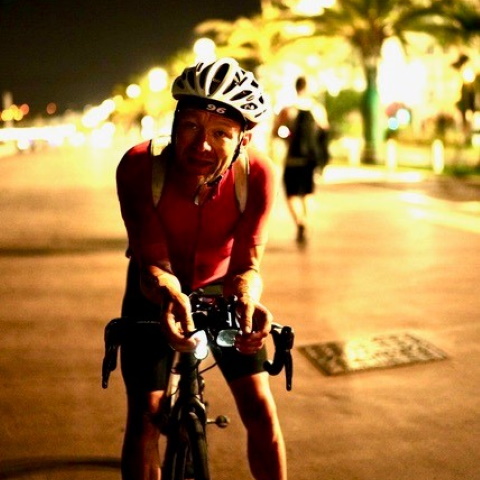 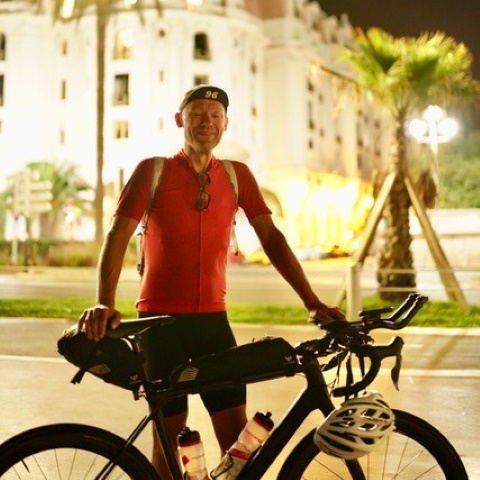 Early during the race, this relentless efficiency and experience riding in hot conditions saw Bjorn comfortably holding second place, but eventually the need to sleep saw him overtaken by Sofiane.

“It was no problem to keep the pace of the other two, but I knew Sofiane wouldn’t be sleeping much. On the second night I knew I needed to rest and eventually slept for around 3.5 hours. At this point the race was over for me. I’m not interested in racing on such little sleep, so in the end I slept a similar amount every night.”

Despite keeping the gap very small and riding hard, no amount of efficiency can make up for hours spent sleeping while a rival pushes on and Bjorn eventually finished in third place after an incredible ride.

Putting it all Together

While each rider embodies a different tactic, it’s fair to say they’re all very rounded riders and no single tactic will beat the other two on its own. It’s also fair to say that trying to copy another rider’s approach won’t necessarily work for everyone – we certainly can’t recommend trying to sleep as little as Sofiane and not everyone will be able to pack as light as Ulrich. To be a successful ultra-racer, you need to embrace all three tactics; packing the minimum that works for you, sleeping as little as you can (while remaining safe and alert) and being as efficient as possible in your planning and your riding.

How To Bikepack In Bad Weather

Winter bikepacking doesn't have to be miserable. We sent Marcus Leach to explore how to have fun bikepacking in bad weather.

Are Gravel Bikes a Marketing Ploy?

Read on to find out why our Creative Content Lead, Chris, thinks gravel bikes might just make the best bikepacking bikes.

Landing Overland: London To Madrid Off-Road For A Good Cause

In February 2022, Alvaro de la Camara Martin set out to ride from London to Madrid off-road and for a good cause