Apidura hosted Checkpoint Four at the fifth edition of the Transcontinental Race in 2017. Here we took a look at what the riders could expect to find at the Checkpoint, located on the Transfagarasan Highway in Romania. 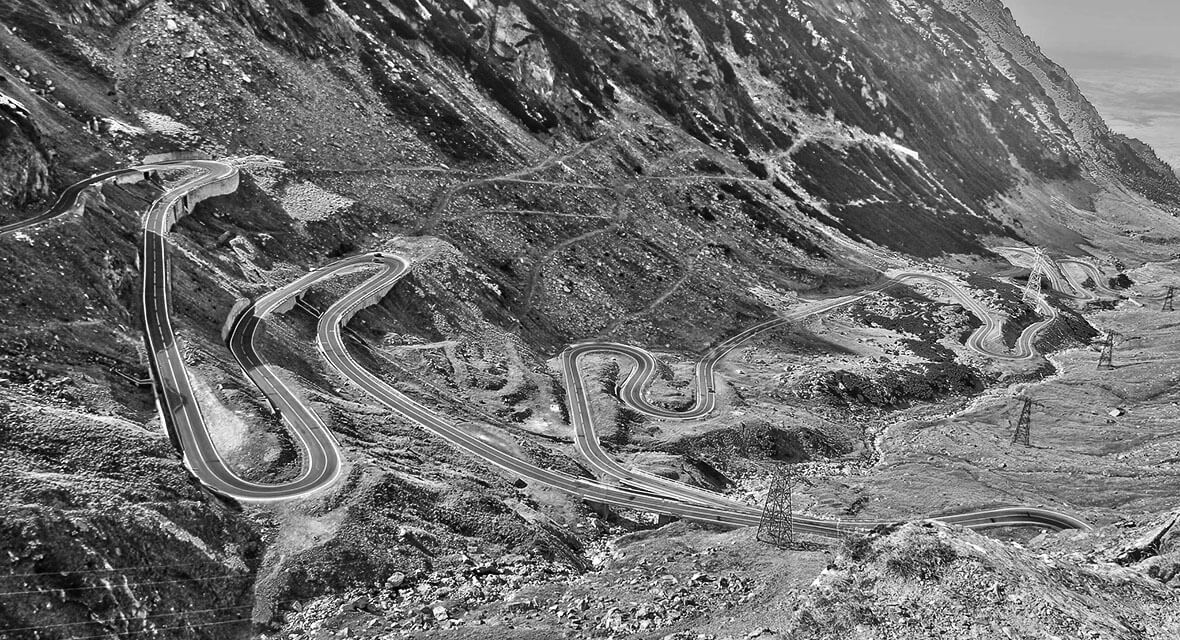 The Transfagarasan is a road of myth and legend, boasting the meandering switchbacks, green pastures, and desolate rocky backdrops reminiscent of a high Alpine pass, but lurking discreetly on the other side of Europe in the Fagaras mountain range of Romania.

To the north of the pass is the region of Transylvania, known more for its vampires than its cyclists, while to the south is the historic region of Wallachia. Either side of the road, erupting out of the valley floor – and almost the asphalt itself – are Moldoveanu and Negoiu, the two highest peaks in the country, and the Southern Carpathian range at large.

Construction of the road, ordered by the then communist state’s leader, Nicolae Ceausescu, as a strategic military highway, was completed in 1974. Unlike other transport links at the time, which mostly lay in river valleys and would therefore be easy for an opponent’s forces to attack and utilise, the Transfagarasan went where no road had gone before; over the Fagaras, connecting the north and south of the country via a most impregnable route.

At  2,042m, the pass is the second highest in the country, and due to the severity of wintertime conditions, is closed between late October and late June. Even in summer the pass is sometimes liable to closures, but when its open and free to ride, it is a joy for anyone lucky enough to find themselves traversing it.

‘A somewhat anticipated choice for the Transcontinental Race,’ explains the event’s website. ‘This is one of the most spectacular and revered stretches of asphalt by travelers worldwide, and it was perhaps a case of when, and not if, [we visited it].’

How riders feel when they get there; where their thoughts will be; what condition their bodies are in; how intact their bikes are; what they’ve done well; where they’ve gone wrong, is currently all an unknown. The only thing they currently know about CP4, hosted by Apidura, are the coordinates for the checkpoint: 45.762158, 24.571142.

To approach it, they will turn off the main D1 road out of Sibiu, adjusting their bearing south through the village of Cartisoara, before the road pitches and signals the start of their gradual ascent; to the lofty heights of 2,042m; the col between Moldoveanu and Negoiu; the second highest patch of road in Romania; and – with only another 1,000km left to go after it – the beginning of the end of TCRNo5.

To the Transfagarasan. We’ll see you there.

Carlos and David share their favourite memories from their portfolio of Transibérica Ultracycling races.