In an interview with race organiser Adrian O’Sullivan, we get the inside line on the history and appeal of one of ultra-cycling’s newest additions, The TransAtlantic Way. 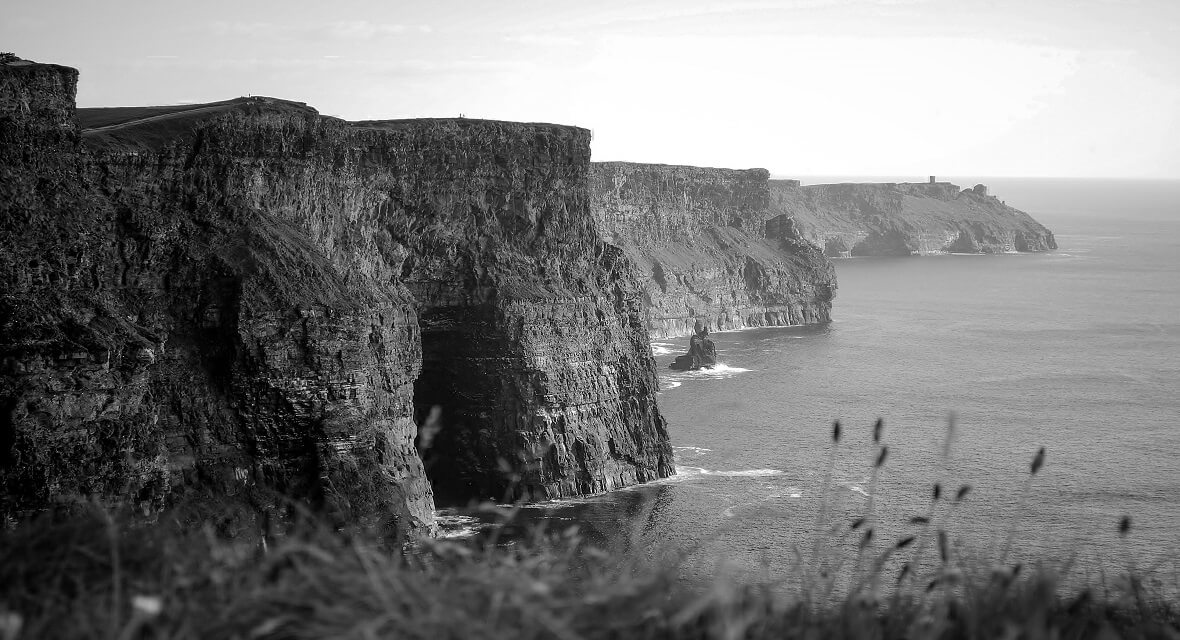 ‘These races are so addictive,’ says Adrian O’Sullivan, a veteran of both the Transcontinental and TransAm, and organiser of one of the latest ultra-distance racing equivalents, the TransAtlantic Way.

O’Sullivan’s race, which was inaugurated in 2016 with an edition won by German Bernd Paul, is a 2,500km event that traces the Wild Atlantic Way on Ireland’s western coast. Like the TransAm, and more recently the Indian Pacific Wheel Race, it is an event that has taken inspiration from the pioneering footsteps of events like the Transcontinental Race, and can now include its name proudly in the ever-increasing list of races that forms the contemporary ultra-racing calendar.

‘You’ve bought the bike, bought the gear, bought the bags, and you like what you’re doing,’ O’Sullivan continues, explaining the motivation for launching the event last year. ‘But after doing the TCR and TransAm, I thought to myself: “Do I really want to do the same event twice?” If I didn’t want to, there must be others that would have felt the same, so I suppose this just gives them another race to do.’

And so was born the TransAtlantic Way, a new event for ultra-racers around the world to commit themselves to, and a new stadium of adventure on Europe’s rugged, wild, and westernmost frontier.

O’Sullivan wanted to give the adventure racing community another event to sign up to, or dream of riding, but he also wanted to introduce certain details and develop the event in a way that, if he were to be racing it, would appeal to him, and that was a crucial part of the organisation process.

‘They have a pretty simple format,’ he explains of the basic ultra-race blueprint. ‘It’s just a start and a finish really – the rest is down to the riders and the route, and that’s the beauty. But something I have experienced from doing these races is that you get all these people [competing], from all over the world, that are part of this community, but they never really see each other until the day of the start line. I thought it would be nice to get everyone together in the same place a day before the race begins to give everyone a chance to swap stories, look at each other’s bikes, and put faces to names they might only know from Facebook profiles. It’s a bit of a niche community we’re building up, and a big part of what the TransAtlantic Way is all about – as well as being a race – is getting us all together.’

To that end, O’Sullivan has gone to great pains to secure two night’s lodgings for every rider, one before the start in Dublin, and one after they finish in Cork, where he hopes riders will be able to enjoy each other’s company outside of the racing environment itself.

‘Another thing that we’re doing is a bag drop,’ he says of the shuttle that will transport the belongings and bike boxes of the racers safely between the start and finish while they are racing. ‘I’ve found that you always have to fly to wherever the race is in a pair of old rubbish clothes, which you then throw away before the start. Of course, you only carry essentials during the race, so when you get to the end and you’ve got nothing to wear you’ve got to go and buy a load more. Now riders will have somebody to look after their stuff.’

One final differing characteristic that the race can boast is its route format, which combines the two recognised formats of existing ultra-races: self-navigated, such as the Transcontinental, and the set-route format adopted by events such as the TransAm and Indi-Pac. The start of O’Sullivan’s TransAtlantic Way is in Dublin, where riders will embark on the first self-navigated sector to Derry in Northern Ireland, and the first checkpoint. From there begins the Wild Atlantic Way, ‘a designated route, which must be completed in full – no detours’, which riders will follow to the second checkpoint at Kinsale on the south coast. The final sector, from Kinsale to Blarney Castle in Cork, is again self-navigated.

‘One of the great things about these races is that it’s not just about the cycling,’ says O’Sullivan when explaining the reasoning behind the novel three-part route. ‘The bike is just a vehicle, but what this is really about is getting people up and out of their comfort zones, and the whole navigation side of doing the Transcontinental drove me mad. I didn’t know how to use a Garmin, I didn’t know how to use computer mapping, and it just annoyed me. I thought “Well what’s that got to do with cycling? I’m a really good cyclist, but I’m rubbish at using a computer.” But actually it made me learn how to use maps, how to plot routes, and since then it’s made my cycling that much more of an adventure. Hopefully with some self-navigated sectors, as well as the set route, it will suit all types of racer.’

As O’Sullivan himself says, adventure racing is defined by two things; the riders and the route. But if the old adage of ‘build it and they will come’ is to be believed, then that just left the question of where to build it. Luckily, the answer was soon forthcoming.

As a resident of England, O’Sullivan’s initial ideas naturally gravitated towards the country he knew and lived in. ‘I wanted to put on a race close to home,’ he says.

But after trawling through maps and researching the routes of pre-existing audax events, with a view to linking them all together for a quasi-‘TransEngland’, he decided that the route would require riders to navigate hundreds upon hundreds of miles of busy main road, ‘and that didn’t really do it for me.’

As a second-generation Irishman though, having spent time there and completed some long-distance rides in the country too, O’Sullivan’s mind eventually came to rest on the Emerald Isle, and through his subsequent research, the newly-established Wild Atlantic Way.

‘In 2014 the Irish tourist board basically just joined all of the western coastal roads together between Derry and Kinsale, creating a trail the length of the country, and called it the Wild Atlantic Way,’ O’Sullivan says of the trail, which forms roughly 90% of the race’s total route.

‘Traditionally the west coast of Ireland has been a very poor area. The conditions for farming aren’t great, which meant it was left untouched throughout the whole industrial revolution that swept through the rest of Europe, so it hasn’t really been touched. Apart from a few roads and fields, it’s still more or less as it would have looked hundreds, if not thousands, of years ago.’

‘The scenery is spectacular, it’s fantastic cycling, and all the infrastructure is there too – bed and breakfasts, hostels, hotels, restaurants. You’ve got to remember that a lot of these racers are taking their holiday time from work to go and do these events, so there needs to be a bit of fun involved – it’s not all about torment.’

Indeed, one of adventure racing’s greatest assets is that it goes far beyond just riding a bike and partaking in the challenge. For many, it’s that travel element of seeing new places, meeting new people, and discovering new ideas that is as enticing as the riding itself, and this fact isn’t lost on O’Sullivan.

‘When I did the TransAm and the Transcon, I could feel that I was going across a whole continent. Each state or country would change and be very different, geographically and climatically, from the last, and the Wild Atlantic Way is a bit like that. It changes from rolling hills to craggy cliffs to flat landscape to forest, and you go through nine different counties in which the people change too; their accents and the way they look. You get a sense of passing through a whole country, rather than just getting to know one place.

‘Ireland, and the Wild Atlantic Way. It all just seemed like a no-brainer.’

The TransAtlanticWay takes place every June in Dublin, Ireland. Follow the action on Dotwatcher.cc.

In 2019, the TransAtlantic Way changed format to become a ‘ride’, rather than a ‘race’. To encourage a broader range of abilities, Adrian also introduced a second, shorter route option to allow more relaxed riders to keep up with the bunch. This non-competitive side of the ultra-cycling scene is where Adrian sees the biggest growth, as more people search for an escape and an adventure.

“The competitive end is starting to change from when I started racing. It’s moving towards a more professional approach, with more and more riders employing personal trainers, nutritionists and devoting large portions of time to training. power meters, super lightweight bikepacking setups and sponsorships are making it faster ever year. 400km a day is being averaged by more and more riders every year, and considering they have to carry everything and look after themselves, that’s outstanding. The great thing about our sport is that it’s so much more than a race though. It’s an experience. An adventure. An odyssey.”

Read the full 2019 preview with Adrian at Dotwatcher.cc.

Here we look at the bikepacking events we’re involved with and looking forward to in 2020.

Take a step into the unknown with James Robertson at the Japanese Odyssey, and appreciate the value of making risks.