On Thursday the 18th of October 2018, Jenny Graham became the fastest woman to circumnavigate the globe by bike. She did it alone and self-supported, despite Guinness making no distinction between solo and supported attempts. Here Jenny tells us what inspired her to undertake this huge journey, alone.

Looking back on it now, I wonder how I even got to the start without having a meltdown. There was so much to organise, so much to get ready – including carrying on working, training, finding funding, planning… By the time I got to Berlin, I was pretty exhausted and a bit numb with it. I just couldn’t wait to get riding. I knew I’d enjoy the riding, but getting to the start, having done enough things to actually make it happen was a challenge.

Even on the last night, I was ticking things off the list. As I was heading to bed, I saw my GPS on the bike and suddenly thought “oh no, I’ve not got any routes on that and I’m leaving at 6!”. Nothing would download and I spent the next two hours in the sitting room trying to get tech support. It wasn’t until 1am that I got half the world loaded onto the Garmin and was ready to set off. Everyone was knackered and it was a really tense time. I was just thinking “I can’t believe you have not already done this!”.

The next morning, all of the exhaustion melted away and was replaced by pure joy – starting from my toes and rising up through my body. It was a feeling like I’ve never felt before. I was just so happy to finally be starting my journey. Not talking, not planning, just travelling around the world by bike. I think I even gave a little fist pump because I was so excited. 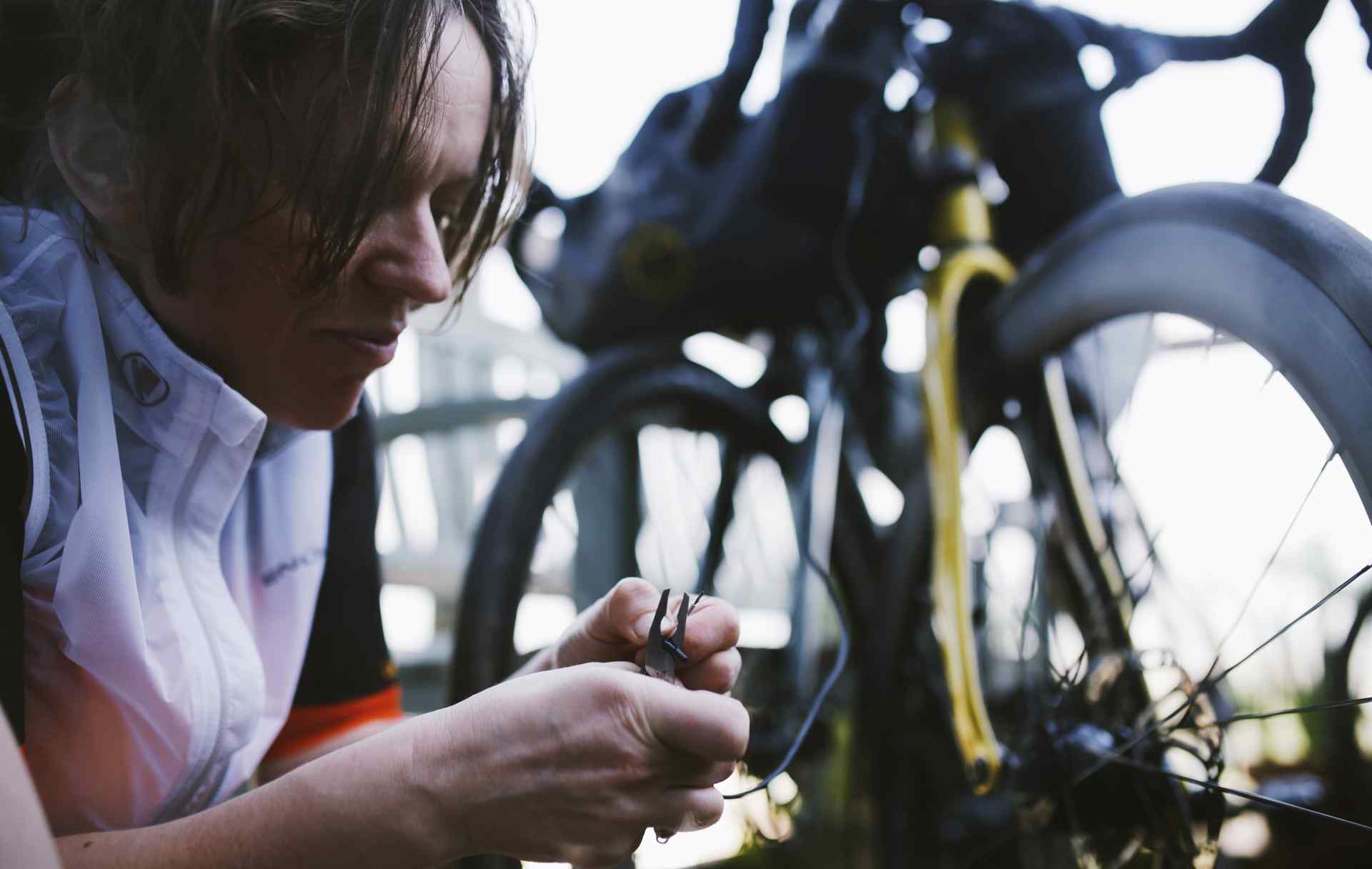 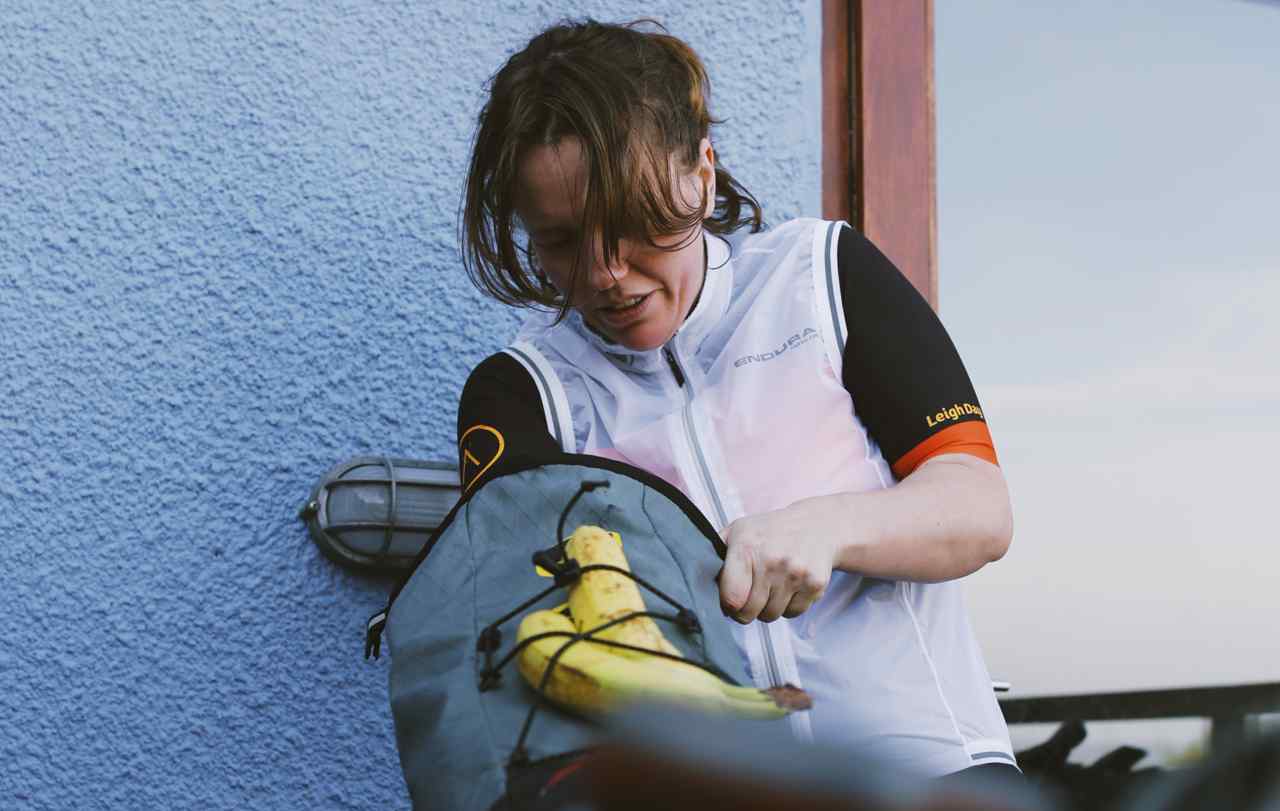 It might seem surprising to be that excited about something as daunting as an 18,000-mile ride, but I’d been riding farther and farther just for a hobby and my curiosity got going. I realised I could do these back-to-back massive days – 200 miles, even 250 sometimes. When that curiosity was combined with a year’s free coaching from John Hampshire Coaching, things just started falling into place. Work said I could have a sabbatical, my son was heading off to college so I didn’t need to be at home as much so I started looking for something.

It feels really normal, even now. I remember thinking at the time “I have to get on with this, because loads of other people will be going for it soon”. Travelling the world by bike, at speed, just seemed like a really normal thing to want to do. Who wouldn’t want to cycle around the world, given the time and freedom to do so?

While sponsors and the SPOT tracker built pressure and expectation – I knew I could muck it up by doing something stupid. As with any journey, priority number one was getting home safely. Getting around the world came second and breaking the record was third. As much as I wanted the record, it was more important to me to keep in mind why I was out there – for the journey.

Once you’re actually on the bike and travelling under your own steam, quite often a lot of the decisions are taken out of your hands and life becomes simpler. If there are no stops for a hundred miles, you’ll ride a hundred miles and then stop for a break. I love that sensation of not having to decide when and whether I stop. Early on, I decided I was never going to give myself a hard time if I overslept. Most of the time, I would get up with my alarm, but if I didn’t, I would accept I needed the sleep.

The biggest challenge was managing breakfast, lunch and dinner stops. I can cycle eight hours at a time, no bother, but when I stop, I spread my kit out and end up taking over at least three tables. I’m drying things off. Plugging in electronics. Everything’s happening and I find it hard to get going again after those stops. Sometimes I need half an hour just to gather up my possessions and get going. As soon as I’m back on the bike I’m fine though.

Ideally, I’d stop for three and a half hours per day… but sometimes it’d be up at five hours. If you’ve spent five hours stopped, you’re not going to get all your miles in the day and get a good sleep. That was always in my head – if I don’t go now, I won’t be able to get as many hours riding time as I want.

The pressure really ramped up approaching airports and the deadlines that go with them. I’d ride through the night and do all sorts of silly things to make my flight. If I had extra time, I’d get panicky and it’d start hurting my head that there was this waste of time. In reality, I always arrived in a mad dash, never had a shower before I got on the flight and never had a relaxing time.

It was such a contrast to the simplicity of travelling by bike. It was in these times, while dashing to catch a flight, that the beauty of travelling by bike was clearest to me. Because of the speed that you’re travelling, you see and experience more, and people come to you. I never felt lonely – in fact, it was the opposite. When you’re self-supported and have to find food, supplies, and campsites – cycling is just a really lovely way to travel. And for 124 days I got to live on my bike all day and didn’t have to deal with adult stuff. It was really good!

We may have been closing in on that finish line, but the day dragged on and on. The road felt endless.