Will Meyer; Tackling the Tour Divide

Will Meyer, from Brother Cycles, reflects on a turbulent experience racing the 2016 Tour Divide. 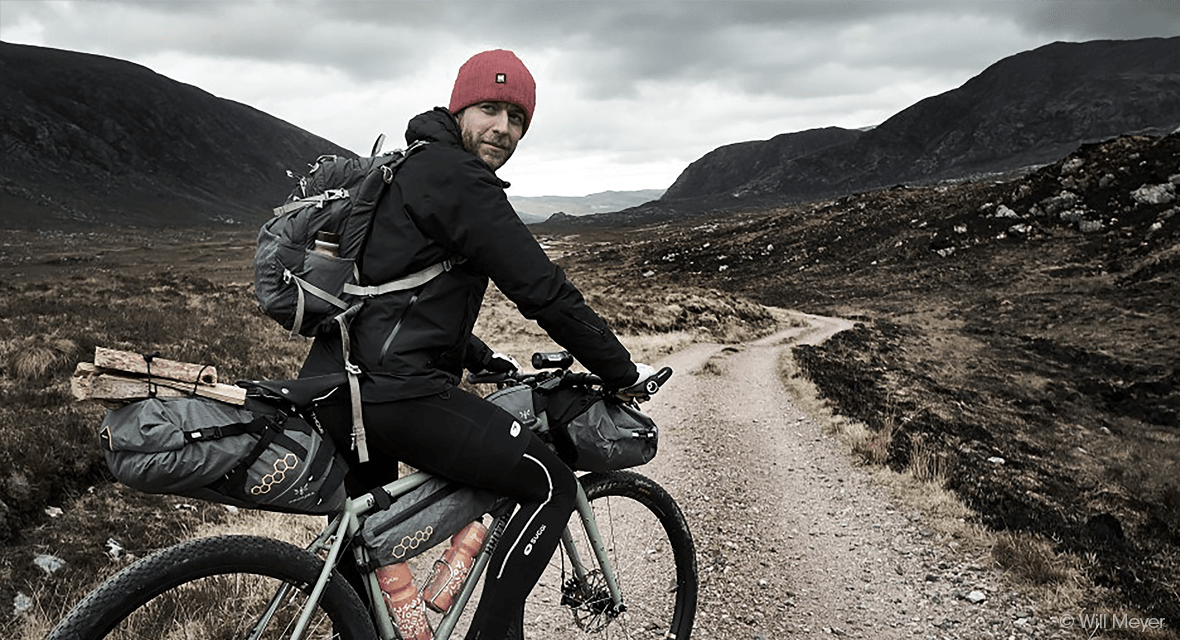 It’s a race of extremes with a reputation to match, taking place over roughly two weeks through incredibly remote, and dangerous, wilderness. The clock doesn’t stop and riders must remain self-supported on a route that sees gaps of more than 150km between places to restock supplies.

Will Meyer, founder of Brother Cycles, planned his first attempt on the 2016 Tour Divide perfectly. He’d trained long and hard, meticulously adjusted the fit of his bike and made adequate mental preparations for one of ultra-cycling’s most demanding tests. But what he hadn’t planned for was the very reason the Tour Divide has the fierce reputation it does: the unexpected.

“I’d done everything I needed to do to be able to complete the race, but the second it started, everything went to shit,” explains Will, six months after starting the race.

“In a weird way, I now understand why people are so obsessed with it and why it has the reputation it does. You can get to the start line in the best possible shape and it just throws you curve ball after curve ball, every single day.”

Will lives in London where he and his brother run their bike frame business, which they formed in 2010. In the run up to the race, Brother Cycles was preparing to launch its new mountain bike frame, the ‘Big Bro’. “By that point it was pretty much finished,” says Will. “But what we really wanted as the ultimate final proof was to have one of our frames complete the Tour Divide.”

Bikepacking has been a big part of Will’s life for some time, having ridden solo through Italy and Slovenia. He admits to becoming addicted to the feeling of being in control of his own actions when out touring. With a target of completing the Tour Divide in 25 days, it was as much about testing his company’s new frame as himself.

“On day one I remember sitting outside a petrol station eating a microwaved burrito. We’d ridden 180km in constant rain, climbing 3,000m over about 15 hours and then we heard that something like 60 people had already dropped out. Almost a third couldn’t make it through that first section – it was simply brutal.”

The long days continued, and by day three, things began to unravel for Will. He’d stopped for the night at Bucks Cabin, a lodge provided by the Canadian Forest Service in an area that’s dense with grizzly bears. At 4am he was woken up by a painful left eye that was swollen and weeping. Already suffering from a stigmatism in his right eye, Will’s vision was now severely impaired.

“I remember riding behind my buddy Mingo [also riding the Tour Divide on a Big Bro], staring hard at the blurry black line that was his rear wheel and trying to hold on. All the while he was pointing out this incredible scenery that I was missing.”

A knee injury wasn’t far behind for Will, and before long he had to resort to walking. “Here was this thing that I’d spent a year preparing for and I had an infected eye, my knee was wrecked, it didn’t look good. But there was no way I was stopping – I walked the uphills and rolled the downhills until I got to a little town called Wise River where I took a day off. I checked into a motel there and iced my knee for a whole day, and it was there that I met Rick – an ex-Navy SEALs captain who was also racing the Tour Divide. It’s one of the many great things about it; our paths would never otherwise cross, but here I was chatting to this super tough sixty-year-old guy in the middle of nowhere,” remembers Will.  “We rode together on what would be my final day. We were approaching a flat section in Idaho, and when we came to a dude ranch I finally accepted my fate. It took me quite a while to come to terms with what was happening, but I knew my race was over.”

Despite his misfortune, Will experienced profound kindness on his adventure. When his eye infection worsened, he had no option but to seek specialist attention. In Whitefish, a small city in Montana, he was recommended a doctor named Kurt Blades who, following an hour-long consultation, admitted to also being a fellow mountain biker. When the time came to pay the bill for the treatment, Doctor Blades waived the fee.

The acts of kindness he encountered were sometimes faceless, too. When walking through a particularly tricky section of trail, Will came across a box that was labeled ‘A present from the trail angels’. Inside were fresh apples, peanut m&m’s, and a note that read: Gifts for Tour Divide riders.

“If I’d gone there and the experience had been exactly what I wanted, I wouldn’t have really learned anything. But instead it beat the shit out me, and I came back to London with my tail between my legs. After a few months, I found myself thinking about it a lot, and those thoughts soon turned to fondness, and now all I can think about is getting back out there and doing it again. Even though it went very badly, the simple act of trying it was an amazing experience.”

And when he returns? Will is determined to approach the race with an entirely different frame of mind. “While I came at last year’s race prepared physically and kit-wise, I was obsessing over the finish line and what I thought it had to be. This time I’m going to start riding and stay as open as possible to whatever happens. But I won’t lie – I’m still desperate to finish.”

An inside look at Apidura's product development process and philosophy, focused on the Packable Series.

It was somewhere in the mountains of Kentucky pedaling hard up a steep incline that the chain snapped.