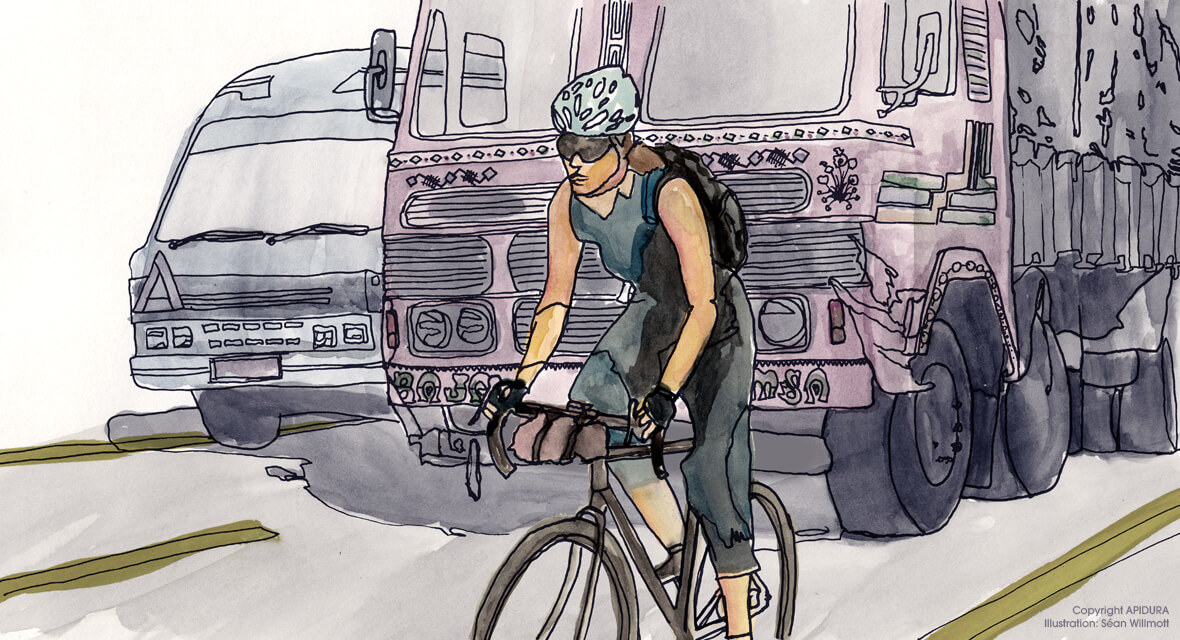 The greatest challenge of the entire cycle was India. I arrived on a public holiday and, as everything was closed, finding food and water was a big problem. Eventually I managed to scrounge some leftover biryani from a restaurant only to discover the kitchen shared the same space as the “toilet”.

I awoke in the night, my stomach an internal tsunami and spent half of it on the toilet. I knew I risked severe dehydration cycling in the heat without food or water in my stomach, but I decided to try and reach the next big city 100 km away. They were the longest 100 kilometres I have ever cycled. I had not eaten or drunk since the day before, my head was pounding and my stomach was ready to either implode or explode. I had to stop every few kilometres, one leg wrapped tightly around the other like a liquorice stick while my stomach rumbled and shook with the early stirrings of an intestinal eruption. By the time I entered Baleshwar, there was no more restraining it. Right in the middle of the street, it exploded. I ran cross-legged into the first hotel I saw shouting, ‘Help! Please! The toilet!’ The old turbaned man at reception pointed wordlessly to a door at the end of the hall.

I had hit the lowest point yet. Veritable rock bottom. It was one of those scenarios you hear about but never imagine could happen to you. Washing out my pants in the toilet, I just started laughing. I had shit myself like a baby at 31 years old. Fortunately, the bathroom had a shower. Putting my wet clothes back on, I emerged nearly half an hour later, looking sheepish and mumbled a thank you to the man behind the desk. “Ten rupees” was his answer. I fished out the cost of my shame and quickly slunk out, pride completely pulverized.

A couple of days later, I became ill with a high fever and throat infection and I had to stop for a day to rest. This was followed by a cyclone, which unexpectedly hit the south east coast. I cycled through rain, wind and rivers of muddy water for four days. By the end of the two weeks in India, I could not wait to escape from what proved to be the most trying leg of the world cycle.

Next to India, Turkey was a delight, surpassing expectation. The food was excellent and cheap, and the portions gigantic. The people were so hospitable that whenever I stopped at service stations to use the toilet, I would find them waiting outside to offer me tea. Unlike the people, however, Turkish dogs were terrifying. The size of lions, they roamed in gangs of 10-15 and chased to kill. I frequently found myself pedaling for my life, praying for a downhill.